Turn around and walk away 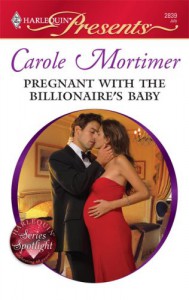 This is a mediocre book by an author who I feel has written some excellent books in her time. I think the whole set up was underwhelming. I have always felt the scenario of falling into bed together shortly after meeting due to an ungovernable attraction a hard one to pull off. Not an auspicious start to a true love story, in my opinion. I can't see why Luccy was so compelled to allow Sin to jump her bones. Especially for a woman who was so cautious about men and circumspect in her love life. Yeah, he was good-looking and he helped her in an awkward situation, but she should have listened to the voice that said, 'Go back to your room.' Of course, if she did, the book would have ended a lot sooner.

Sin's arrogance is a strike against him for me. He thinks the world is his oyster. Admittedly as the only son of a billionaire empire, maybe it is. However, he has the flaw of being unable to conceive that a woman could want him for himself, and that she could be a legitimate businesswoman who would get by on skills and competence as a photographer, instead of coercing clients into contracting her services with her sexuality and lies. Highly insulting. And to make it worse, Luccy downplayed herself as a secretary as if she was ashamed of the fact that she was a self-made businesswoman. Left a bad taste in my mouth.

You wonder sometimes how a person can believe that someone wants you when they act like they hold you in perfect contempt. Of course, you don't want them in your life, or want to open up to them, or 'gasp!' be intimate with them. Of course, your dreaded hormones act against you. I didn't root for Sin to win over Luccy at all. I kept thinking she should just go back to England. He wasn't worth her time or energy. I'm not entirely sure that his declaration of love at the end had much of an effect on me. Good thing they have a happy epilogue at the end.

Probably being too hard on this book. But that's my opinion and I'm sticking to it. For me, three stars is a rating for a book with serious flaws, but it wasn't a bad book. Definitely could have been better though.

Harlequin Presents Carole Mortimer Could have been better